The opening of Fashion District Philadelphia, alongside the completed redevelopments at Woodland and Plymouth Meeting Malls, represent the culmination of PREIT’s visionary strategy

PREIT (NYSE: PEI) celebrated a milestone fall with the successful opening of its newest property, Fashion District Philadelphia; a new phase of tenant openings at Plymouth Meeting Mall; and the redevelopment and expansion of Woodland Mall. These three projects are the latest in PREIT’s long-term transformation plan that encompassed low-productivity asset dispositions,  anchor repositioning and high-impact redevelopment and remerchandising initiatives, laying the groundwork for earnings growth and portfolio strength in the new paradigm for retail. PREIT’s investment of over $360 million and years of strategic planning at these properties has already proven successful, with sales and traffic exceeding expectations across all three opening weekends, setting the stage for the future of each property.

“This was a monumental two months for PREIT as three very distinct and exciting projects came to fruition,” said Joseph F. Coradino, CEO of PREIT. “Our series of openings at Fashion District Philadelphia, Plymouth Meeting Mall and Woodland Mall exemplify our strategic vision and tactical expertise in creating environments that offer a diverse tenant mix, elevate the consumer experience and create social experiences that allow our tenants to maximize their business. This marks a new era of transforming malls into destinations and driving growth out of PREIT’s stronger portfolio.”

Combined, the scale of these property milestones underscores their impact:

Fashion District Philadelphia (The District), a joint venture partnership between PREIT and Macerich, celebrated its launch weekend September 19-22, with four days of festivities to mark the opening of Philadelphia’s newest shopping, dining, entertainment and cultural destination. Spanning three city blocks and approximately 900,000 square feet of space, this portfolio-defining project  is over 80% leased.  The District celebrated opening weekend with promotional events from its dynamic mix of tenants, live music, giveaways, fashion shows, guided art crawls, fitness classes and more. Over 1.3 million visitors have discovered The District since opening, driving meaningful results for retailers, with 87% of tenants reporting strong traffic and sales, and a majority exceeding sales expectations for opening weekend. 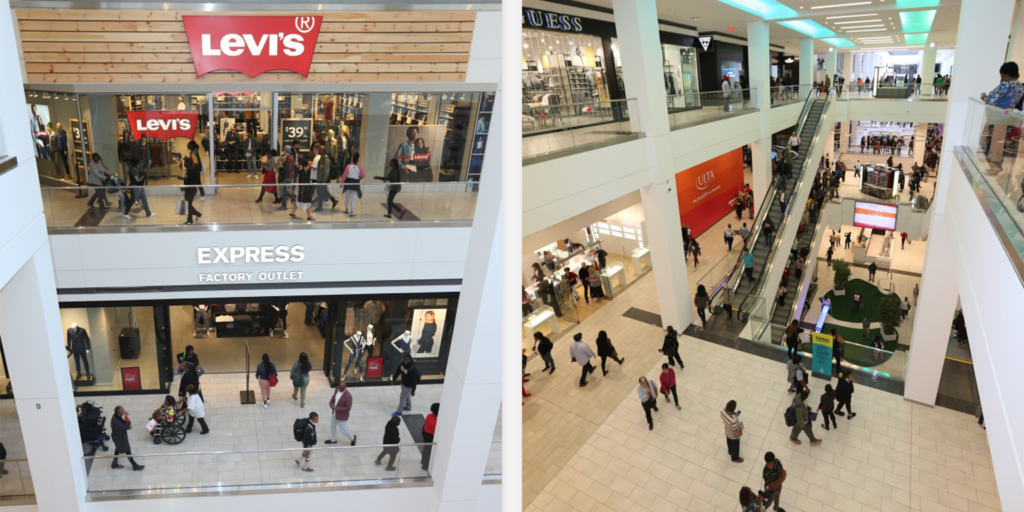 As part of its ongoing portfolio enhancement initiatives, PREIT is welcoming over 200,000 square feet of new retail, dining and experiential concepts for consumers at Plymouth Meeting Mall. Most recently, the company initiated proactive and strategic remerchandising efforts, including the redevelopment of anchor space to welcome five diverse and in-demand concepts. Dick’s Sporting Goods, Burlington, Miller’s Ale House and Edge Fitness have already opened their doors, with Michaels – opening in 2020 – completing the anchor space.   The new, invigorated storefronts drove increases in shopper traffic within the mall by over 25% percent in October.

These tenants join Plymouth Meeting Mall’s expansive and unique offerings, which already include one of nine LEGOLAND Discovery Center locations in the country; Whole Foods; Dave & Buster’s; a dine & recline AMC Movie Theatre; Cyclebar, an indoor cycling studio; and five existing sit-down restaurants in addition to quick-serve food options.  The mall’s highly-visible and accessible location lends itself well to a mix of uses and is anticipated to be the next location in PREIT’s portfolio to add an apartment development. 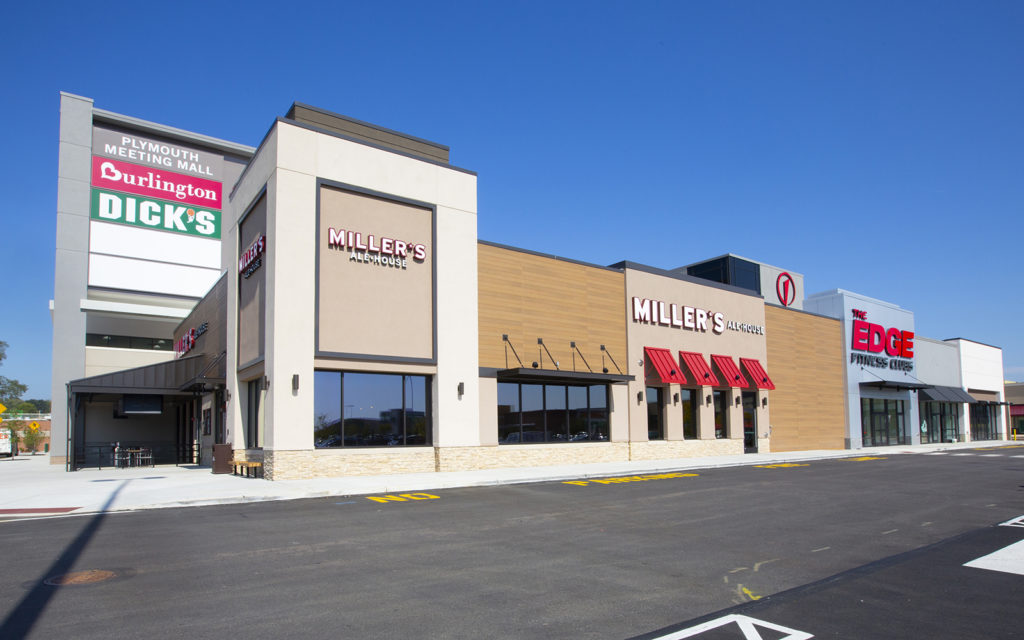 Most recently, PREIT celebrated the opening of the highly-anticipated Woodland Mall expansion wing, featuring a lineup of high-impact tenants, many of which are exclusive and new-to-market such as Von Maur, Urban Outfitters, Tricho Salon, Paddle North and Mobile Stations. The expansion wing is a result of PREIT’s efforts to proactively recapture a former anchor tenant space, Sears, to make way for new and compelling uses, a trend that has been seen across its portfolio. The new retailers further enrich Woodland Mall as a dominant consumer destination complete with in-demand dining, high-quality retail and a blend of national and local tenants.

Woodland Mall celebrated its grand opening with a mall-wide celebration that included live music, activities, giveaways, fashion shows, tenant promotions, entertainment, a ribbon-cutting and more. Over the three-day weekend, traffic was robust – only 6,000 consumers away from surpassing last year’s Black Friday weekend.  Since opening, traffic has increased 40% over the same period last year.

“The variety and strength of our culminating redevelopment projects highlight the depth and breadth of PREITs multi-year redevelopment program, driving growth into 2020 and beyond as these properties stabilize with over 1 million square feet of incremental rent-paying space,” said Joe Coradino, PREIT CEO.  “We are proud of what the PREIT team has delivered in an ever-changing retail environment and are certain that our transformed portfolio – re-booted with two new trophy properties and on the verge of adding apartment complexes – will draw attention from best-in-class operators.”